Why you don’t see Teriyaki chicken in Japan? 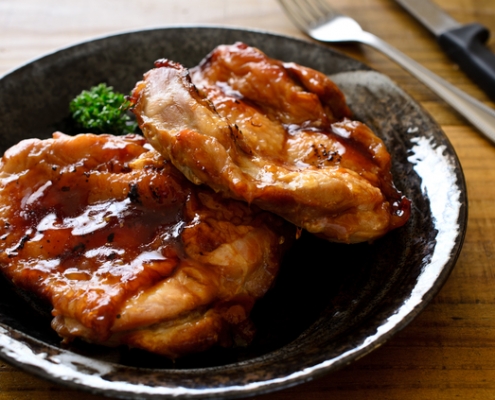 Currently, although sushi and ramen are always the most popular dishes at overseas Japanese restaurants, Teriyaki Chicken is also a popular and common item on the menu. Juicy chicken coated in soy-sauce based sweet sauce is good stuff, isn’t it?

Many people even keep a bottle of teriyaki sauce on their dining table.

What does Teriyaki Mean?

“Teriyaki” is a cooking method that has been popular in Japan for a long time. Teriyaki involves coating the surface of the item (fish, chicken etc.) with a sauce made up of soy sauce, sake, mirin, sugar etc. and then grilling it. The sauce creates a beautiful amber glaze on the surface of the finished item.

The most popular dish using this method is “Buri no Teriyaki” or Yellowtail Teriyaki (Japanese Amberjack). 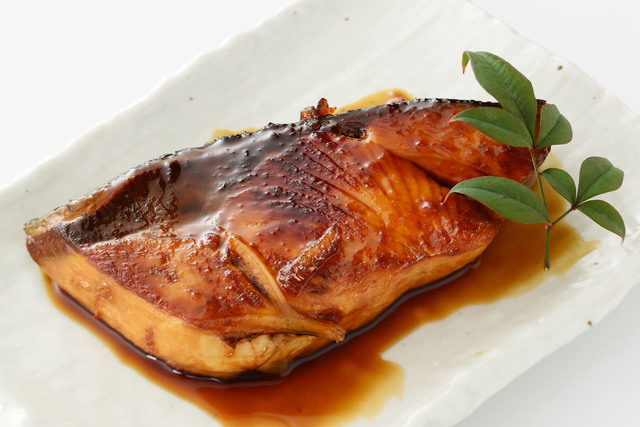 This Buri no Teriyaki has always been popular in Japanese homes, and you often find it on the menu in restaurants that offer set selections.

The combination of the sauce and the oil from the fish makes a kind of glossy luster that whets your appetite. Bonito, salmon, and mackerel are also all delicious when prepared with teriyaki.

In addition, two very well-known and popular dishes in Japan, Yakitori and Unagi no Kabayaki (broiled eel), use the basic teriyaki method when being prepared. 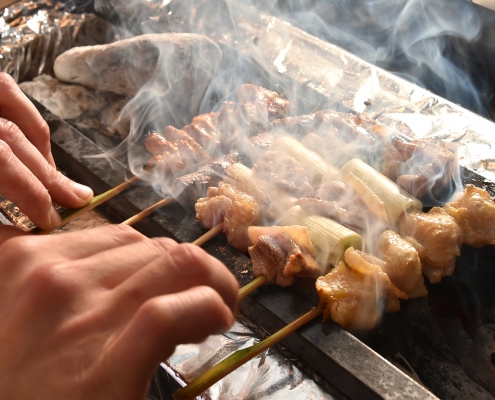 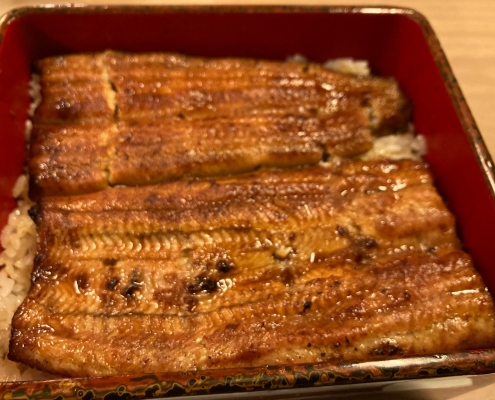 Kikkoman behind the popularity of Teriyaki Chicken in the US?

Teriyaki style fish has always been a staple in Japan, but teriyaki chicken rose to popularity in the US before coming to Japan. This teriyaki chicken boom was instigated by Kikkoman, a world-famous soy sauce maker.

In the 1950s, Kikkoman was struggling to develop a soy sauce market for general households in the United States. At that time, no one in the US ate sushi yet. Cooking Japanese food at home was very difficult, as the ingredients were not readily available, therefore, most household didn’t need soy sauce. So, how to get them to buy soy sauce?

While the Kikkoman staff were scratching their heads over this, one of them noticed that Americans loved to hold BBQ parties in their backyards. So, the sweet teriyaki sauce was developed as a sauce for grilling chicken outdoors, and it was a big hit with Americans. At first it was used on the barbeque, but soon teriyaki sauce became a staple on the table. 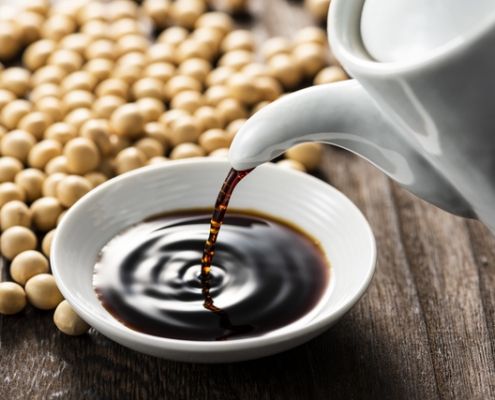 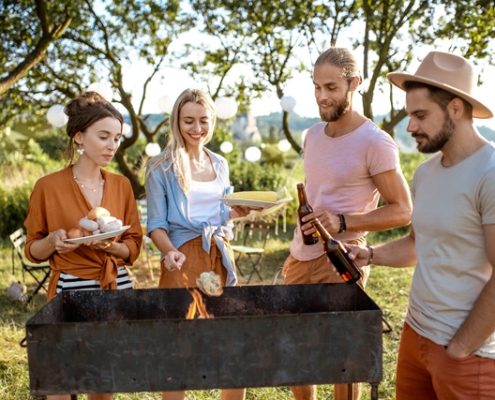 Teriyaki sauce in Japan is made by mixing together soy sauce, sake, mirin, sugar, etc.

However, in the United States, it is made by adding several unique spices, creating a flavor a bit different from Japanese teriyaki sauce. Teriyaki Chicken is possibly the first success story in terms of bringing Japanese cuisine to mainstream USA.

Where to eat Teriyaki in Japan?

After teriyaki chicken became popular in the US, it also came to Japan, but in Japan, you are much more likely to see teriyaki fish as mention above. Teriyaki fish can be eaten almost anywhere, restaurants often offer it in set menu selections, usually starting from 600 – 1,200 JPY (5.5 to 11USD), and including rice, miso soup, salad etc. 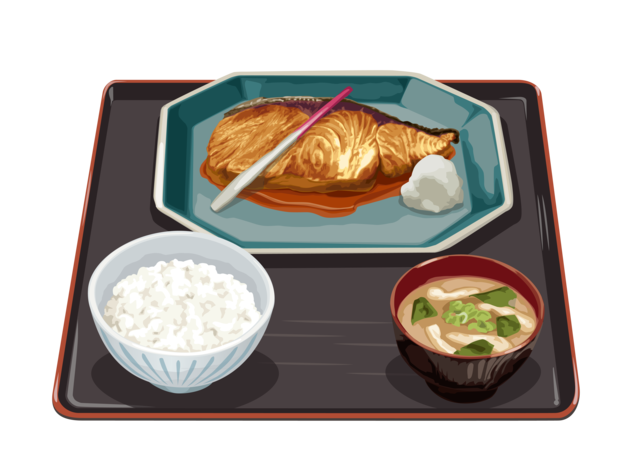 Sometimes you can find teriyaki chicken in burger shops. For example, the teriyaki chicken burger (334 JPY, approx. 3USD), is one of the signature burgers at Mos Burger, a local Japanese hamburger chain.

Not to mention, although not chicken, the Teriyaki Mac Burger (340 JPY, approx. 3USD), with a pork patty, ginger & garlic flavored teriyaki sauce, sweet lemon sauce, and mayonnaise sold at McDonald’s Japan has been popular for many years. 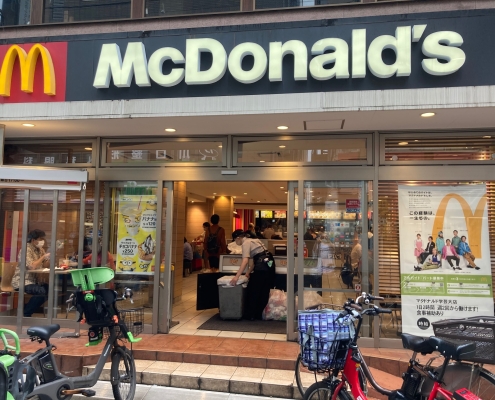 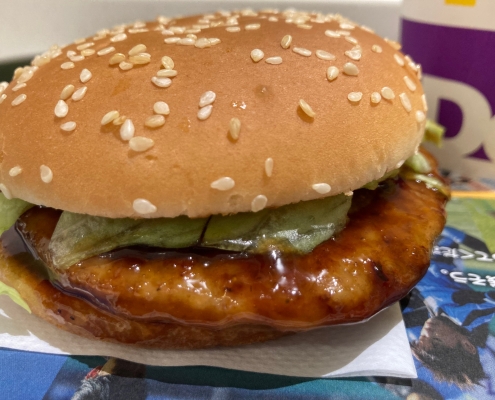 Learning from a Japanese master! What is a Cultural Activities visa for learning...
Scroll to top