How to get from airport to Osaka? 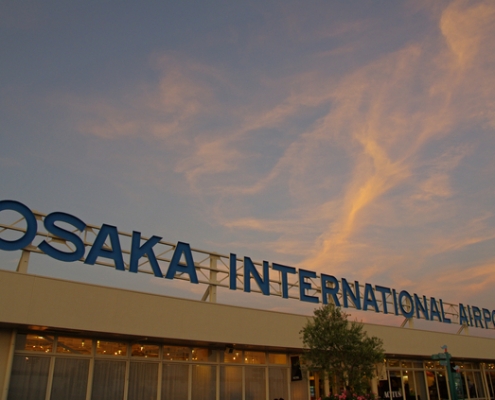 The total population of Tokyo is 14 million, whereas Osaka is 8.8 million. More than anything, Osaka is famous as a city where you can eat until you drop.

It attracts large numbers of tourists wishing to sample the many popular street foods beloved by ordinary people, for example; Takoyaki (octopus balls), Okonomiyaki (savory pancake), Udon noodles and Kushikatsu (deep-fried skewers). Osaka is known as a “comedy town” and has produced many comedians over the years.

They speak the Osaka dialect, which is comical and witty.

There are two airports – Itami and Kansai airports.

Kansai airport sits on reclaimed land in Osaka Bay, 40km from the center of Osaka. The airport code is KIX.

The airport is divided into Terminal 1 and Terminal 2.

International flights can arrive at Terminal 1 or Terminal 2, which is used exclusively by low-cost carrier airlines. At times, a small number of low-cost carriers also use Terminal 1, so make sure you check Kansai Airport’s website for details.

As soon as you arrive at the airport, you can connect to Free Wi-Fi. 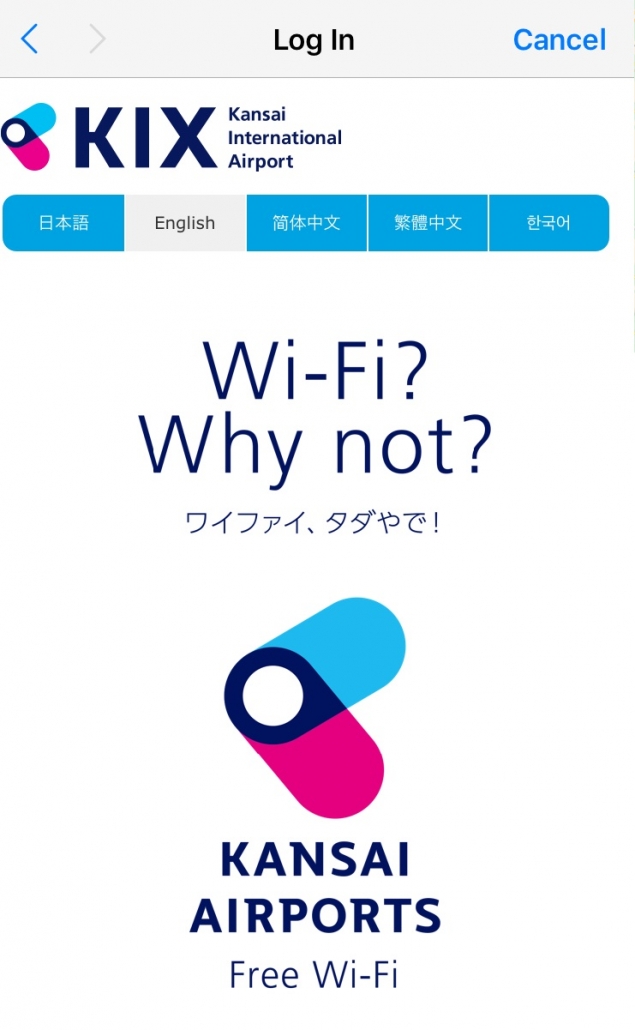 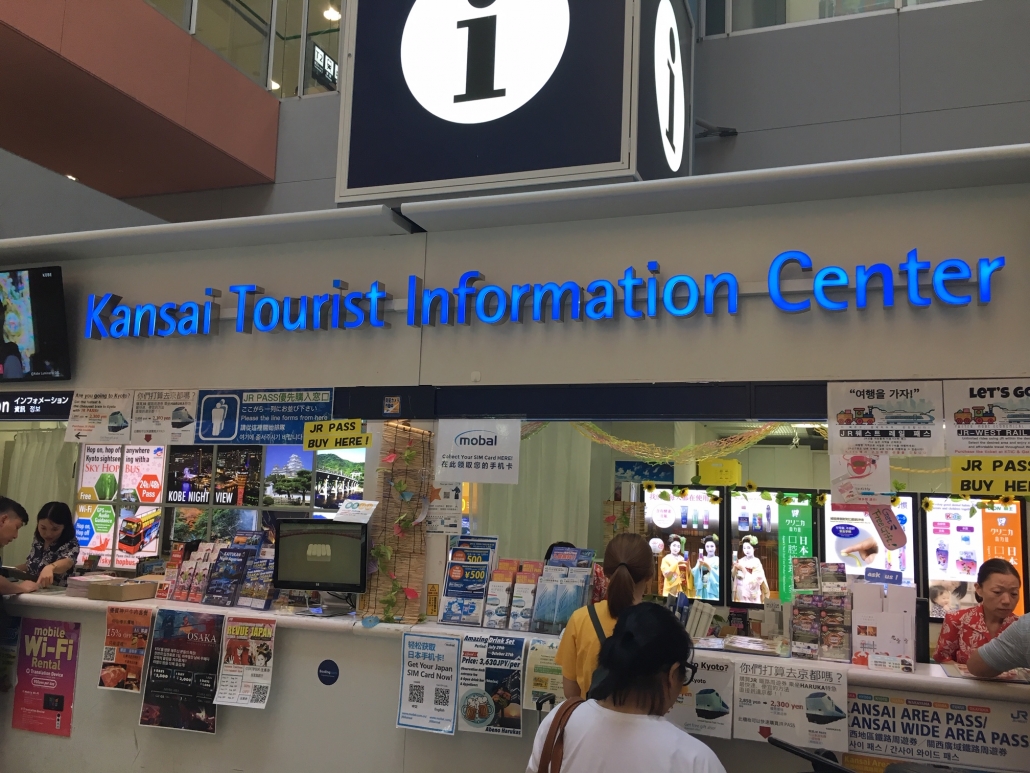 You can buy a SIM card at one of the convenience stores inside the airport. Also, there is a vending machine for SIM cards. 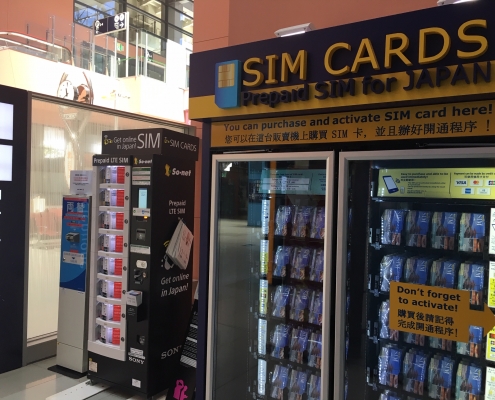 You can also buy converters at convenience stores in the airport. 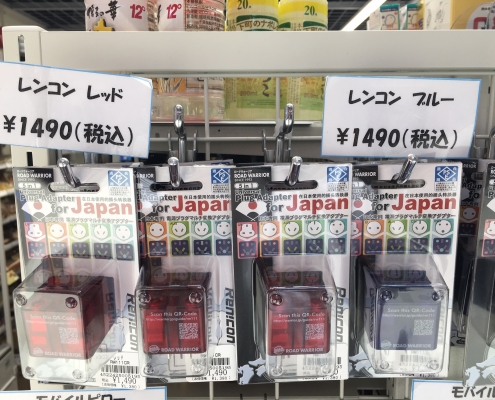 The airport has a Wi-Fi rental company where you can rent a portable Wi-Fi. When you go home you can drop it in the return box at the airport. You can rent a phone at the mobile phone rental counter.

You can exchange currency at the airport. As in most airports around the world, the exchange rates are not very good, so it’s best to exchange only a small amount of money. 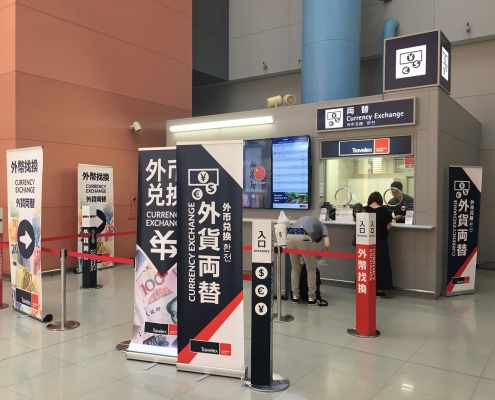 You can also use ATMs that allow debit withdrawal from overseas cards. 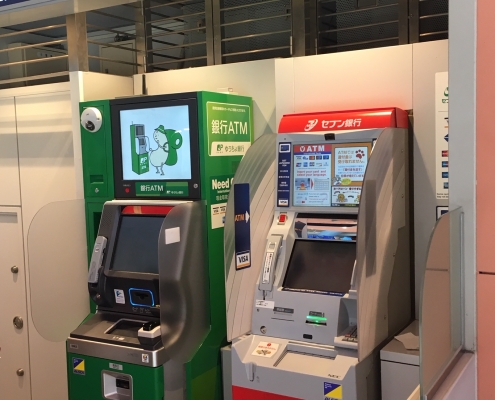 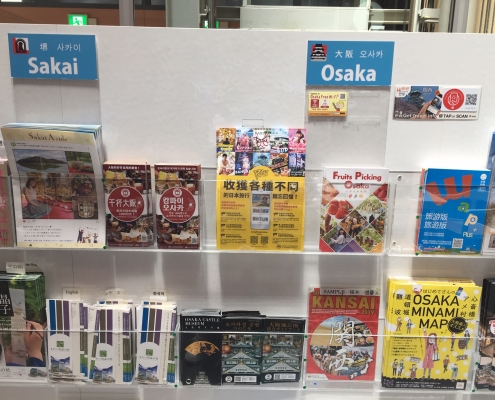 Transportation to Osaka and Kyoto

If visitors have accommodation booked in Osaka or Kyoto, many use the bus or the train to get there.

If you are new to Japan, we recommend the bus.

Not only is it difficult to get on and off the train carrying a heavy suitcase, but you will encounter rush hour crowds in the morning and evening.

Buses can be reserved in advance, or you can purchase a ticket when you arrive.

These are the most popular buses to major areas in Osaka and Kyoto. They don’t just stop at one location, but make several stops at such places as terminal stations and hotels. The easiest thing to do is take the bus to the stop nearest to your accommodation, then take a taxi from there. Then there is no need to walk around with heavy luggage. After arriving at the airport, you can purchase a ticket by telling the staff at the Airport Limousine counter your destination. (In some cases, tickets may also be purchased from a ticket vending machine outside the airport) 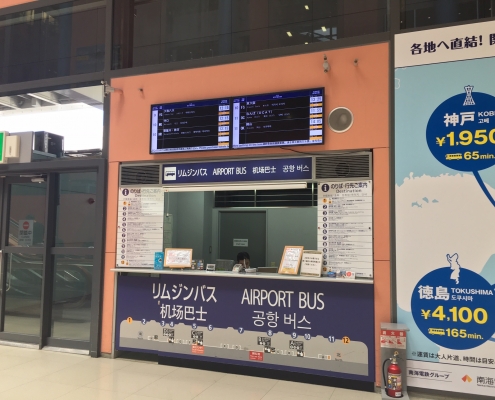 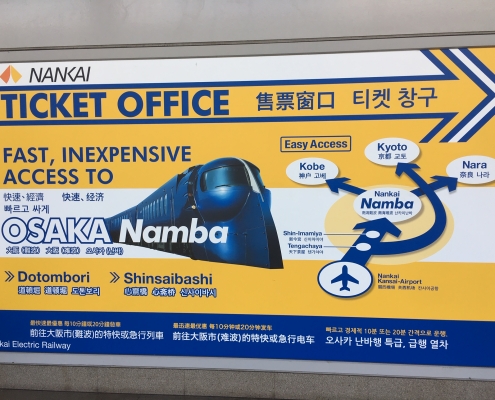 More
How to find a chef job in Japan